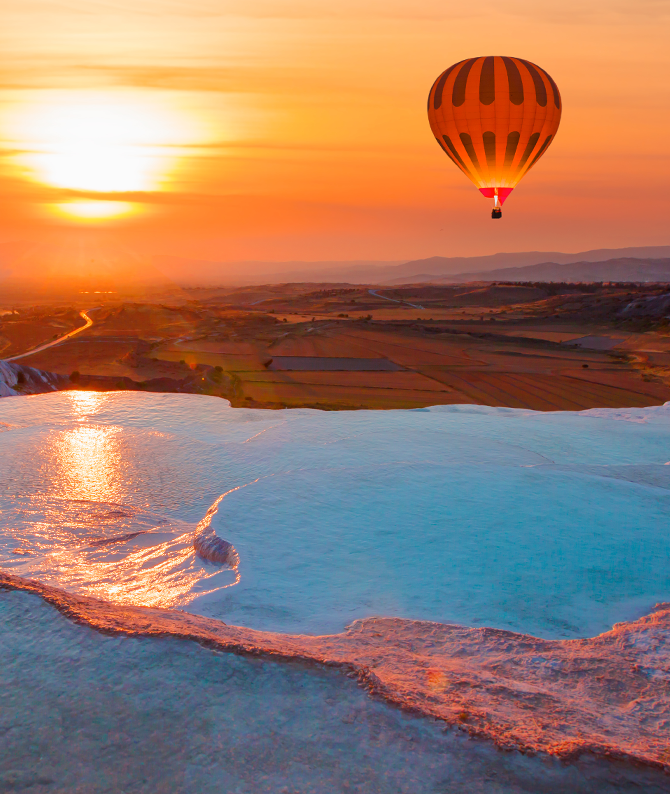 From a project to the final choice, selecting the best material

Positive energy: the power of stones and design

Onyx: a translucent and bright material

From the quarry to your house: the transportation of marble

Marble and wood: how to match them

Decorating a room with marble: how to create the perfect matches

The crystallisation of marble

Travertine: uses and features, from Ancient Rome until today

Roman travertine is one of the most largely used as well as most fascinating materials employed in architecture: its countless varieties and diverse features make it the most versatile type of marble. Seemingly a rather delicate stone, it is actually a very resistant material, suitable for many applications ranging from interior design to flooring to architectural buildings to exterior decoration.

Extraction of travertine in Italy

Travertine is a natural stone: it’s a chemical sedimentary rock, a limestone found in environments where calcareous deposits stagnated and sedimented in a plain. It typically forms near the surface and far from water springs or running water, where it is subjected to multiple cycles of emersion and submersion. The best travertine is extracted from the plains that lay beneath the city of Tivoli, mostly in Guidonia. Toscana has many deposits too, and there is found the Sienese Travertine, a specific type of travertine also extracted in Umbria and Marche. 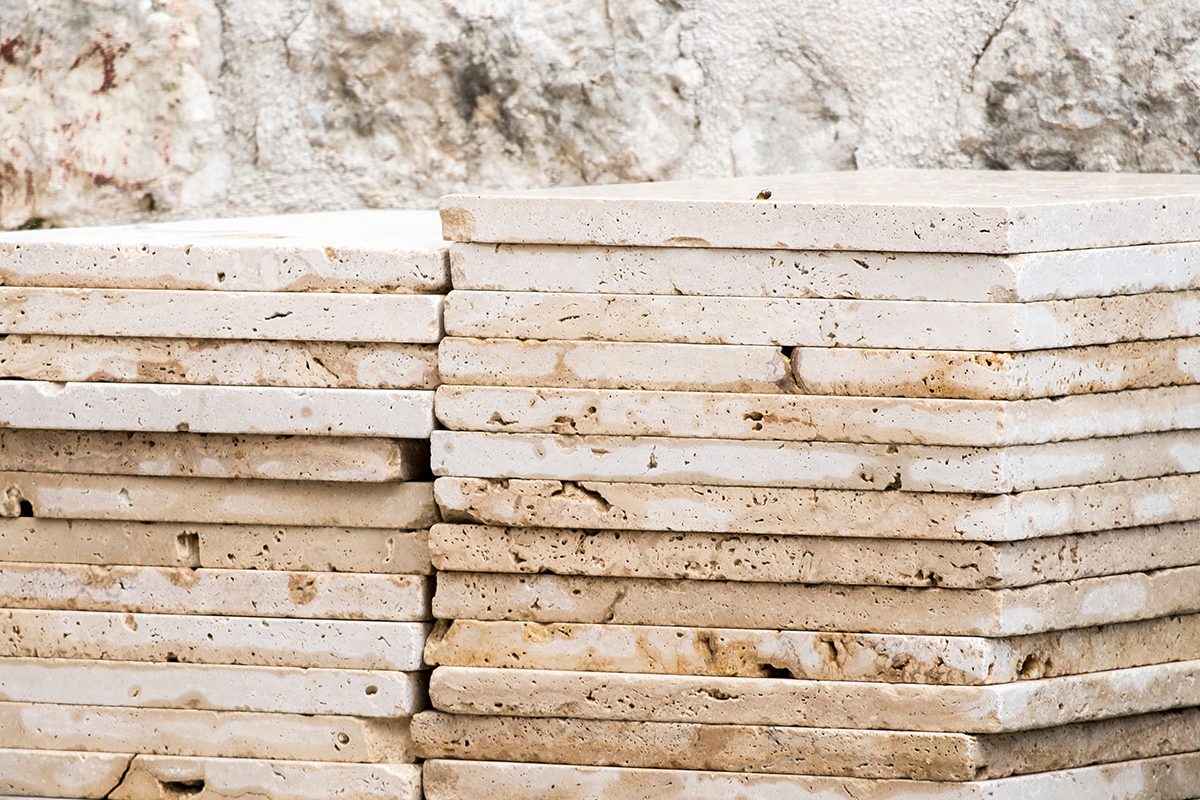 Types of travertine and their features

The colour of travertine depends on the kinds of oxides that were incorporated during the sedimentation process: the colours can range from a milky-white to a walnut shade, including yellow and brown tints, and even dark tints, but this material can also have veins tinted in pink and red. There are more than twenty types of travertine, classified on the basis of their colour, specifically of the shades of the veins, and but also considering their degree of porosity and their physical features. Out of all the types of travertine, Travertino classico is the most widely used, both for external and internal decorations: along with its light, uniform beige, it is also characterised by its porosity, as well as its resistance and compactness. The second most utilised type of travertine is Travertino alabastrino, whose main feature is its colourful, wavy veins on a white background: their colours can range from yellow to a tan, sometimes even silver-grey shade. The colour is often related to the location of the extraction: Travertino giallo, for example, is mainly extracted in the Middle East, and differs from Travertino romano dorato, whose colour is typically warmer, going from a yellow to a walnut brown.

Fossils and animal prints are often found on all types of travertine, and that’s what makes this stunning material all the more valuable. Another distinctive feature is the wide variety of finishes travertine can have: polished, tumbled, honed, brushed or saw cut, basing on individual requirements.

Uses of travertine: from the ancient Romans until today

The ancient Romans named travertine lapis tiburtinis, and it became largely used in the construction of cities, when local marble and tuff and began to be employed in masonry, thus replacing wood. Travertine was so widely used by the Romans that they gave it its name: here comes the denomination “Roman travertine”, commonly given to this material. Many well-known buildings were built in travertine, but the most famous one is undoubtedly the Flavian Amphitheatre, better known as Colosseum, which was originally clad in roman travertine.

This natural stone is present all throughout the history of Italian architecture, with outstanding examples in the Renaissance and the Baroque: the colonnade in Saint Peter's Square in Rome, for instance, was entirely constructed in white travertine with darker, slightly brown veins. Piazza del Campidoglio, realised by Michelangelo, is another illustrious example of a famous piece built using travertine, alternated with yellow terracotta. It can also be employed for more mundane infrastructures: long portions of sidewalks in Rome’s historic centre were built with large travertine slabs. Roman travertine is an excellent resource to be used not only for the building of a single element, but also for entire villages: the historic centre of Ascoli Piceno, constructed in the Renaissance, is almost entirely made of white travertine. 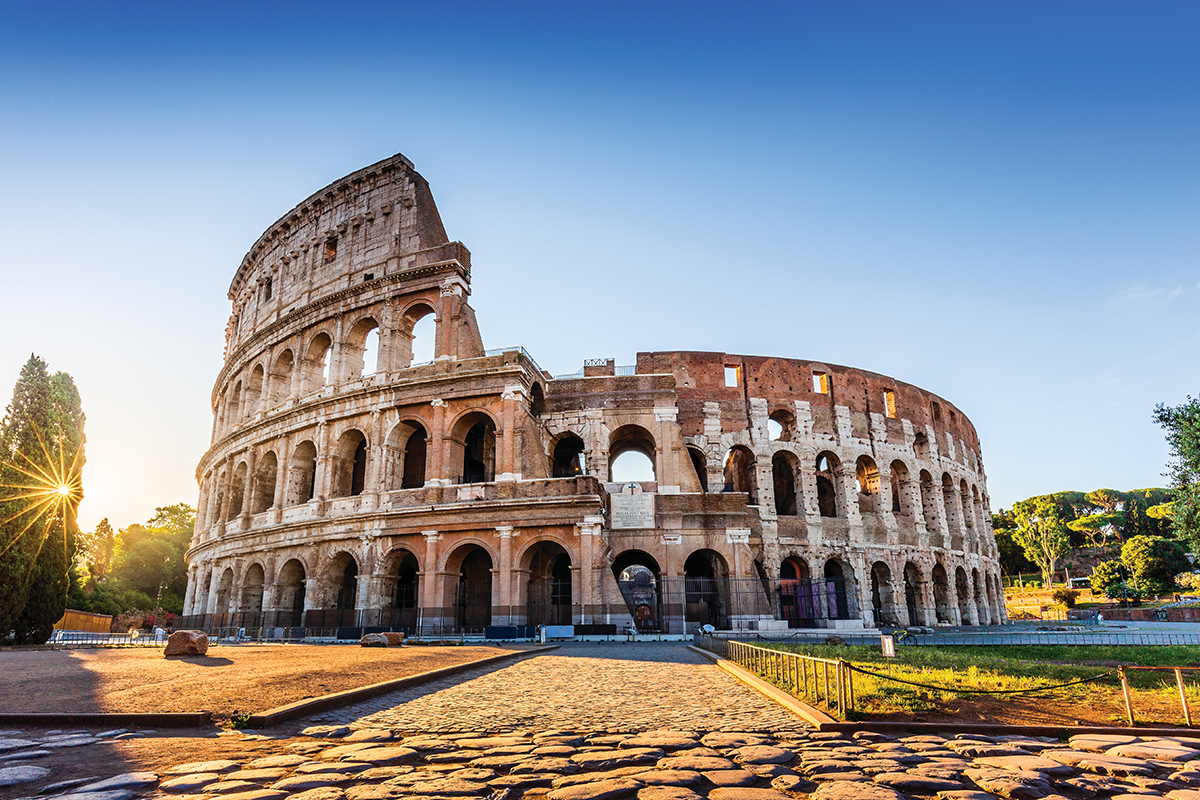 Listing all of the buildings and spaces built using travertine would be nearly impossible, because it has become a ubiquitous material in the western and middle-eastern architecture, thanks to its incredible variety of shapes, sizes, types, locations of extractions, but mostly thanks to its versatility.

Travertine can today be found in many different contexts. There are plenty of combinations between types and finishes of travertine that are suitable to all kinds of aesthetic, and its physical properties render it a durable, easy-care material.

It can be used for decorations and finishing elements, both for external and internal use, to adorn living rooms or hallways: it can be found in a suspended ceiling inside of a kitchen, or in wall decorations, or on the frame of a fireplace.

Roman travertine is also largely utilised in flooring elements, thanks to special processing techniques that make it glossy and waterproof. This natural stone, one of the most valuable Italian resources in our history, has always been present in our homes and cities. Architects and designers always find new ways and techniques to employ travertine to enhance spaces and environments. 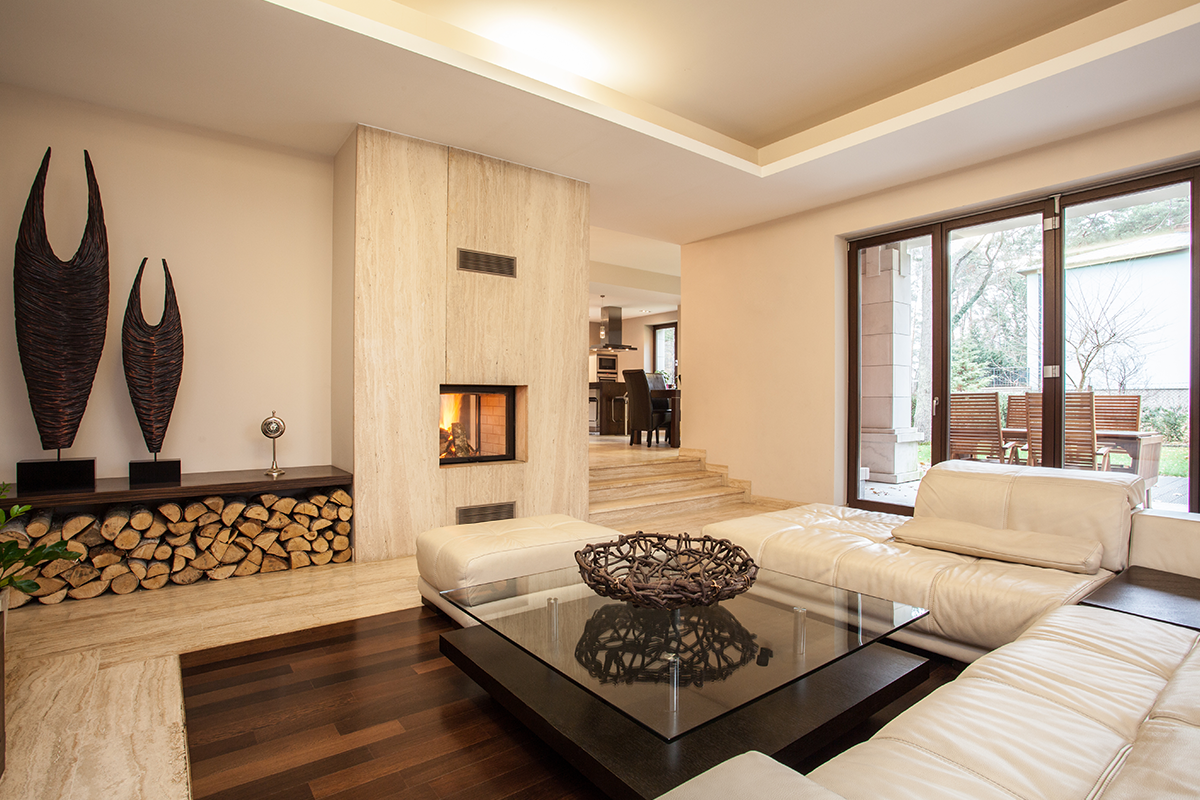 From a project to the final choice, selecting the best material

Positive energy: the power of stones and design

Onyx: a translucent and bright material

From the quarry to your house: the transportation of marble

Marble and wood: how to match them

Decorating a room with marble: how to create the perfect matches

The crystallisation of marble

Let's get in touch